Australians stranded abroad have expressed concern at a push by at least two Labor state leaders to slash the number of international arrivals by half.

Queensland Premier Annastacia Palaszczuk wants a dramatic reduction in the number of overseas arrivals, saying her state cannot cope with the current cap of 1,300 weekly allowed into Brisbane.

She’s previously said she wanted that slashed by up to 75 per cent but on Thursday she wrote to Prime Minister Scott Morrison seeking a reduction of 50 per cent.

The premier said she would take the issue to national cabinet on Friday.

“We are down to the final number of (hospital) beds. We are now searching for additional hotels for our hotel quarantine.

Victorian Premier Daniel Andrews has gone even further in suggesting a cut of up to 80 per cent to stem the prospect of another outbreak and further lockdowns.

“Locking some people out is better than locking everybody down, that’s the government’s position, that’s my position, and that’s what I’ll argue at national cabinet tomorrow.”

International arrivals to Melbourne are capped at 1000 a week.

Home Affairs Minister Karen Andrews has poured cold water on those calls, saying Australia’s first response “should not be to close down our borders”.

But her colleague, Finance Minister Simon Birmingham, struck a markedly different tone ahead of a national cabinet meeting on Friday.

“We’ve shown a willingness to adjust based on changed risk profiles and we’ll always look at that,” he said.

Senator Birmingham cited the India travel ban and limits imposed at the start of the pandemic as examples of responsive restrictions.

The prospect of a reduction in international arrivals has left many stuck overseas apprehensive and anxious.

Moises Silva, who’s been stuck in Brazil for the past 18 months, said any move to slash arrival caps would be a “disaster” for desperate Australians abroad like him.

“It’s hard to grasp, it’s already so hard (to get home) and (they’re thinking of) cutting it in half,” he told SBS News from Acarau.

“Half of the airlines will stop flying, and what are we going to do? This is not our fault.

“I’m so upset about it because it’s not right.” 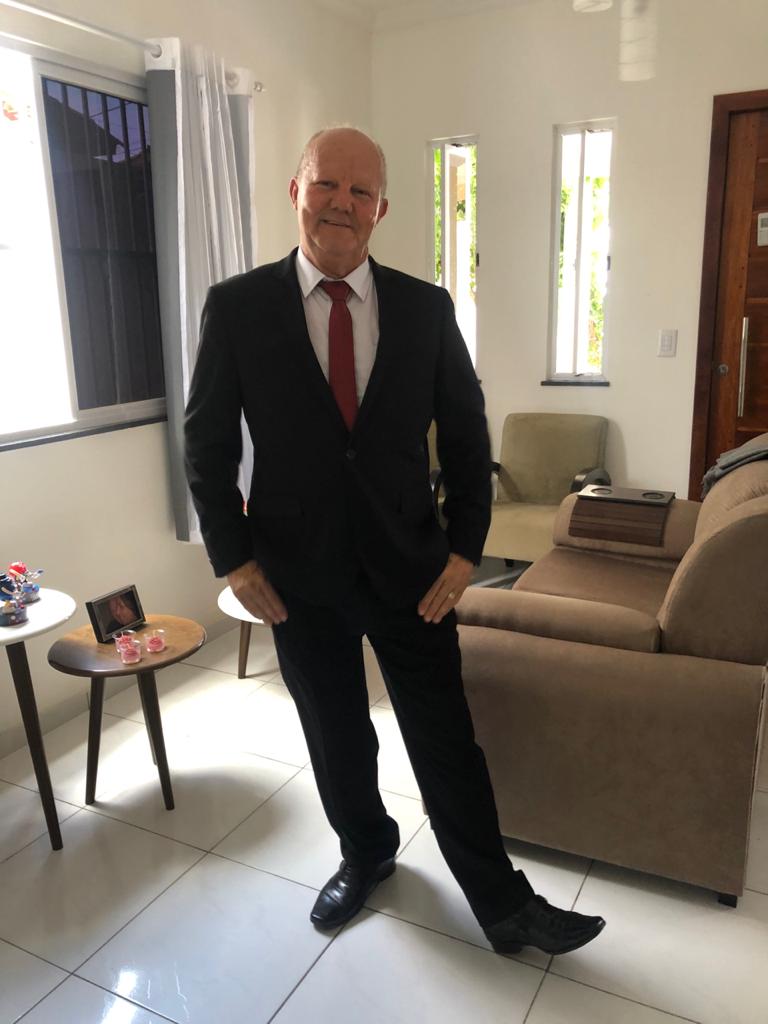 Australian Moises Silva has been stuck in Brazil since December 2019.

Mr Silva has had flights cancelled six times and only has six months’ worth of funds left to keep him going.

The airline he’s got credit for has stopped flying to Australia and he’s afraid of booking another flight that will set him back $20,000, in case it gets cancelled too and he loses funds he needs to help him stay afloat.

“I’m stuck here with no hope and things here are getting worse. I don’t know what to do,” he said.

“It’s beyond belief. Like, how can they turn their back on their own citizens.”

Those who’ve been able to come home say the prospect of a cap cut will undoubtedly cause many stranded abroad the “severest of angst”.

Stuart Jordan finally arrived home in October last year from the UK but says the push by Victoria and Queensland has the potential to “tip many over the edge”.

“There are a contingent of tens of thousands of Australians checking their phones morning, noon and night, hourly in many cases,” he said.

Diogo Kamada has been stuck in Brazil for a year and says any reduction in caps would leave him stranded for another six months with dwindling savings to keep him and his wife going.

He said he felt anger and frustration at the comments by the premiers today.

Mr Kamada doesn’t believe scores of Australians should be allowed to leave the country on business and then compete with those stranded abroad for spots on flights home.

“I honestly say that it is frustrating to say the least,” he said.

“Reducing the caps is going to make it even harder for us, you know, we’ve been trying to return home for a while.”

Hotel quarantine breaches have been responsible for most of the outbreaks across Australia.

There have been 26 hotel quarantine leaks since the start of the pandemic, including six in June.

Australian Border Force commissioner Michael Outram hosed down suggestions halving the number of arrivals would lower the risk of outbreaks.

Just 0.6 per cent of international arrivals have been COVID-positive.