A terminal cancer diagnosis is a shock, both for the patient and their family. It’s the start of an emotional rollercoaster with an inevitable end. But Melbourne woman Rhonda Bjelan, with the support of her son Clayton, was determined to make her experience one that could provide comfort to others going through something similar. Rhonda had been told she needed to have a knee replacement and went for some routine tests. But the results were far from expected. I went along expecting to be told, ‘yes, you can have the operation’,” she says in the podcast Incurable, which was released this month. Summary show
Clayton and Rhonda recording the podcast.
Supplied
To his surprise, she quickly agreed.
The podcast follows Rhonda, right, after she is diagnosed with cancer.

Clayton and Rhonda recording the podcast.

“Instead, I went in and was told that I had cancer in my breast and in my lungs, and the following day I was also told it was in my liver. So that was a huge shock. “They told me that it was incurable. All they would be able to do would be to control it. It was incurable.”

Rhonda’s son, Clayton, says the family was numbed by the diagnosis. But a few days later, he had an idea. The 40-year-old, who works in radio, suggested to his mother that they make a podcast together to help other people going through something similar.

To his surprise, she quickly agreed.

They ended up recording their conversations in strange places, including hospital wards and the car – wherever they needed to. The podcast follows Rhonda, right, after she is diagnosed with cancer.

Clayton says they talked a lot about regrets, and while death can be challenging to discuss, he hopes the podcast will encourage others to open up about it. “We don’t like doing that but we’re all going to face that. And if we can actually talk about me,t, we can say, ‘what do I want to achieve? What do I want to do? Who do I want to spend time with?’ And then we can say, ‘well, let’s start doing that. 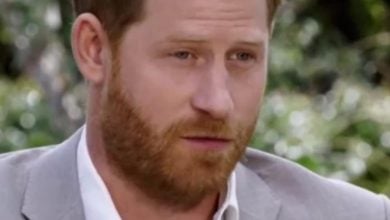