This week the world has looked on in alarm as East Jerusalem has been hit by some of its worst unrest in years.

Amid the Muslim holy month of Ramadam, there have been nightly clashes between Palestinian protesters and Israeli security forces.

Hundreds of Palestinians have been wounded and dozens arrested while Israeli police have been hit with stones and other projectiles hurled by mainly young and male Palestinian protesters, who have also torched cars and dumpsters.

Why are they fighting, what are foreign nations saying and what’s expected to happen next?

Why are they fighting now?

Running through the protests is the core conflict between Israelis and Palestinians over the city, which has sites sacred to Judaism, Islam and Christianity.

Israel sees all of Jerusalem as its eternal and indivisible capital, while the Palestinians want the eastern section as a capital of a future state.

The recent wave of unrest started at the beginning of Ramadan in mid-April, after Israeli police put up barriers to stop evening gatherings at the walled Old City’s Damascus Gate after iftar, the breaking of the daytime fast.

Police said the barriers were there to maintain order but Palestinians saw them as a restriction on their freedom to assemble.

Another delicate touchpoint has been an Israeli Supreme Court hearing originally scheduled for 10 May in a long-running legal case about whether several Palestinian families would be evicted from their homes in Sheikh Jarrah, a neighbourhood near Damascus Gate.

Sheikh Jarrah was effectively annexed by Israel in the 1967 Six-Day War, with most of its current Palestinian population said to be descendants of refugees expelled from another Jerusalem neighbourhood after the 1948 Arab-Israeli War.

Some Israeli settlers have already moved into the area affected – living next door to the Palestinians facing possible removal.

As the court hearing neared, Palestinians and left-wing Israelis began holding larger demonstrations, saying more evictions could cause a domino effect throughout the overwhelmingly Palestinian neighbourhood.

The case, in which a lower court ruled that the land in question belonged to Jews in East Jerusalem before the 1948 War, has gathered domestic and international attention, amid criticism of Israeli settlements in East Jerusalem. 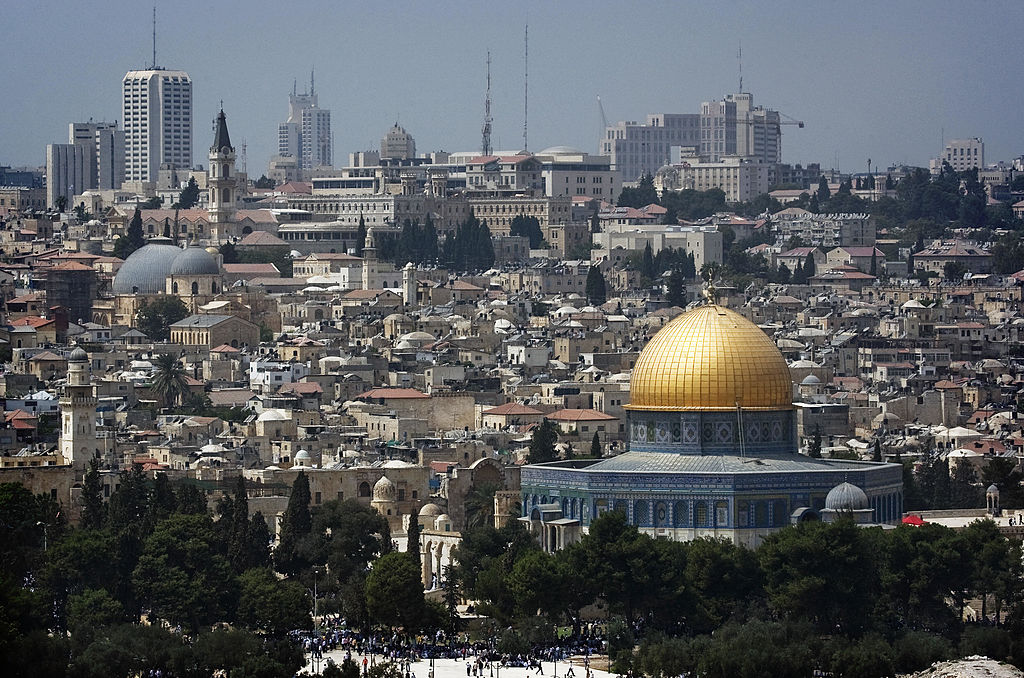 Who are the ‘new generation’ of Palestinian protesters?

The latest unrest involves a supposed “new generation” of young protesters who believe the Palestinian leadership has become out of touch with their views and values.

The Palestinian Territories have a very young population; 69 per cent of Palestinians are under the age of 29, according to the Palestinian Central Bureau of Statistics. At the same time, Palestinian Authority President Mahmud Abbas is 85 years old and has been in his leadership position for over 16 years.

Having a leadership that represents them has become a priority for younger Palestinians and many consider this essential in achieving their ultimate goal of national independence.

The 2021 Palestinian legislative election, originally scheduled for May 2021 but now postponed, will be the first elections since 2006. Many Palestinians will be voting for the first time, which could make for a game-changing result. 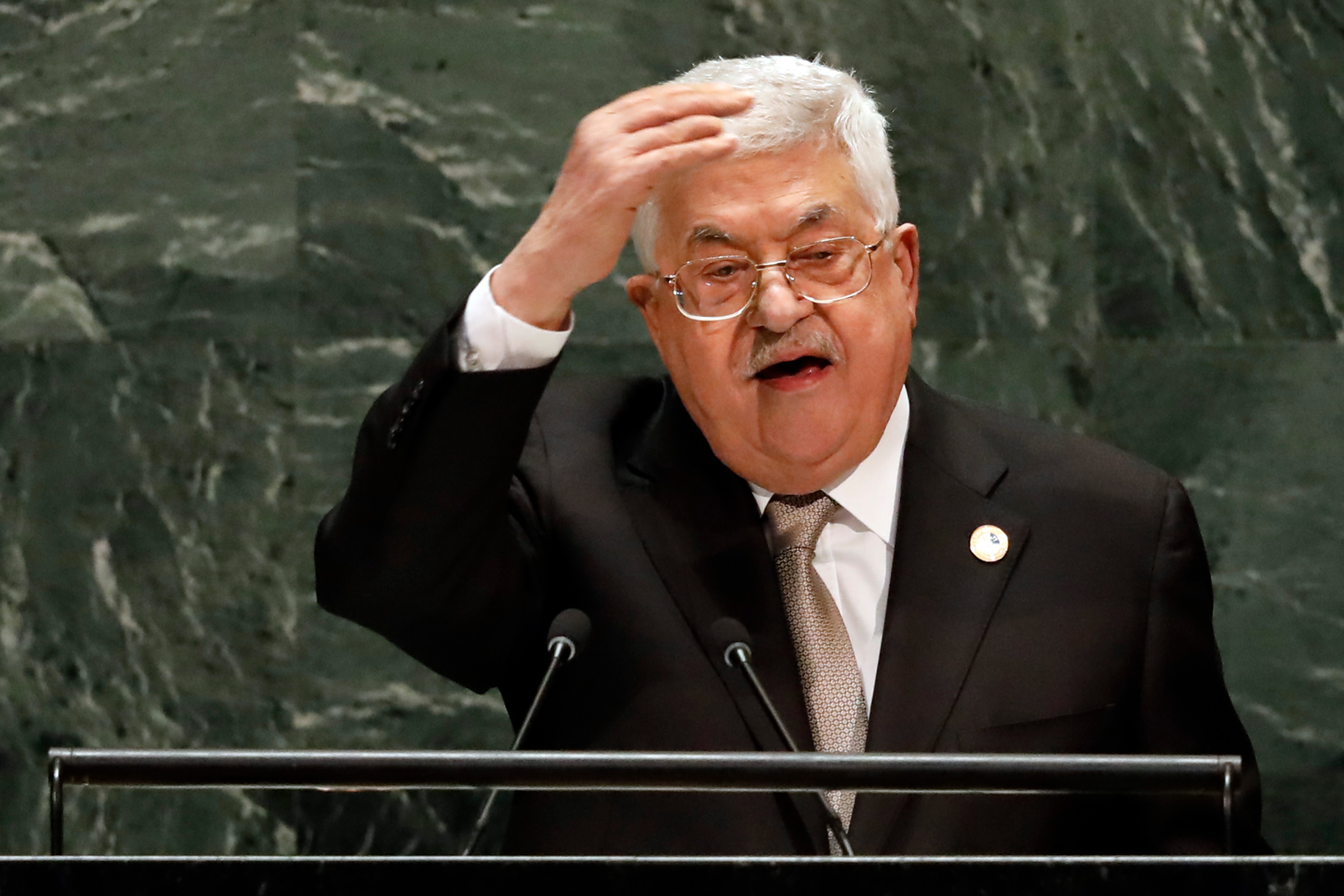 What do the leaders of Israel and the Palestinian Territories say?

“We will uphold law and order – vigorously and responsibly,” Mr Netanyahu said ahead of a weekly cabinet meeting, while vowing to “guard freedom of worship for all faiths”.

Mr Abbas voiced “full support for our heroes in Al-Aqsa”.

Hamas Islamists who control the Gaza Strip have voiced support for the Palestinian protesters and warned Israel of retribution if evictions proceed in Sheikh Jarrah.

Hamas chief Ismail Haniyeh called on Sunday for a united Arab and Muslim response against Israel’s “provocative desecration of the sanctity of (the) Al-Aqsa Mosque”.

What do other countries say?

All six Arab nations that have diplomatic ties with Israel – Egypt, Jordan, the United Arab Emirates, Bahrain, Morocco and Sudan – have condemned Israel over its weekend aggression at Al-Aqsa.

The Jordanian and Egyptian foreign ministries both summoned Israeli envoys on Sunday to lodge protests over the Al-Aqsa unrest. 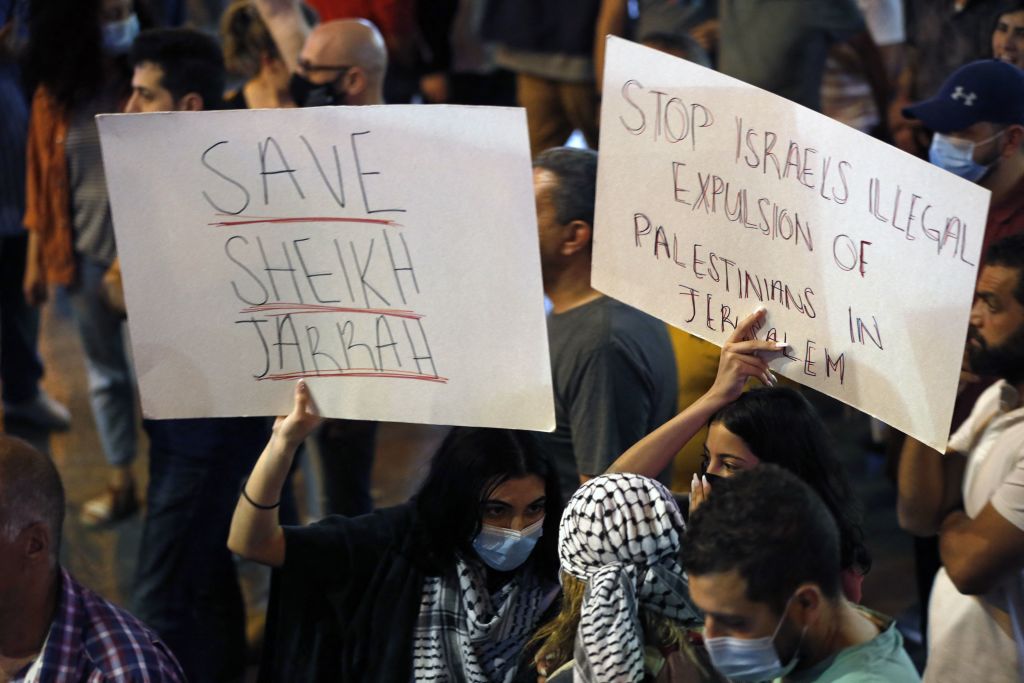 Amid growing international calls for a de-escalation, Tunisia said the UN Security Council was to hold a closed-door meeting Monday, at its request, on the violence.

The Middle East quartet of envoys from the European Union, Russia, the United States and the United Nations, and Pope Francis, have all called for calm.

“We call upon Israeli authorities to exercise restraint and to avoid measures that would further escalate the situation during this period of Muslim Holy Days,” the quartet said in a statement.

What could happen next?

On Sunday the Supreme Court hearing on the evictions was postponed, pushing at least one flashpoint past the end of Ramadan and allowing more time for a resolution. A new session will be scheduled within 30 days.

Monday is Jerusalem Day, Israel’s annual commemoration of its capture of East Jerusalem during the 1967 war. Israelis mark the day with ceremonies, memorial services and a march through the walled Old City. For Palestinians, Jerusalem Day is seen as a day of mourning.

This year’s event could well fuel more unrest and Israel has been beefing up its security forces in anticipation of further confrontations in Jerusalem and the Palestinian Territories.

Israeli police on Monday gave the green light for the parade to go ahead.

In a special cabinet meeting ahead of Jerusalem Day, Mr Netanyahu said Israel “will not allow any extremists to destabilise the calm in Jerusalem. We will enforce law and order decisively and responsibly”.

“We will continue to maintain freedom of worship for all faiths, but we will not allow violent disturbances,” he said.

“We emphatically reject the pressures not to build in Jerusalem.”

With reporting by Caroline Riches