In January this year, Maninder Mehta left his wife and kids in Sydney to travel to India to see his father, who was gravely ill and needed open-heart surgery.

Summary show
He also wanted to provide support for his 70-year-old mother, who has no other family in India.
Why do I have to choose between my vulnerable mother and my young kids?” he said.
Supplied.

He also wanted to provide support for his 70-year-old mother, who has no other family in India.

“Sadly, [my father] passed away after his surgery in February, and this came as a shock to all of us, especially our mother,” Maninder told SBS News. “Now my mother is in a most vulnerable position as she was completely dependent on my father, who was pretty active otherwise. [My family] wanted to take our mother along [back home to Australia] so we can grieve together as a whole family.”” But the closure of Australia’s international border has made Maninder’s wish difficult, even though his mother has a valid family-sponsored visa. He says his mother’s travel application has been denied nine times, despite assurances to the government the family will cover her medical and quarantine expenses. She’s also already had her first dose of the AstraZeneca COVID-19 vaccine. For now, Maninder has begrudgingly decided to stay in India with his mother, leaving his wife and kids in Sydney alone.

Why do I have to choose between my vulnerable mother and my young kids?” he said.

Happier times: Maninder and Shail Mehta with their parents and their sons.

Maninder’s brother Shail lived in Perth and was initially denied an exemption to travel on compassionate grounds while their father was critically ill. He was only granted a travel exemption after his father passed away.

Now in hotel quarantine in Australia, he worries for his mother and brother in India, where coronavirus cases are rising. “My mother has high blood pressure and is on diabetic medicine,” Shail said. “Our doctor has categorically told us that our mother is at risk of dying if her blood sugar drops, and she often forgets to take medicine because she is still grieving.”

The brothers had been hoping Australia’s vaccination rollout would soon open the country’s international border to cases like theirs. But with the national program delayed following new advice surrounding the AstraZeneca shot, and as experts warn, the reopening of international borders is dependent on solid vaccine uptake, the Mehta brothers are frustrated.

“This delay and mismanagement of supply and rollouts have further pushed us away from our family and kids back home,” Maninder said. Shail said even though the number of new COVID-19 cases in Australia is low, the emotional impact of the border closures is anything but. You have the effect of COVID everywhere in our country in the form of families being devastated and businesses being destroyed. Something has gone wrong here that we have put all our eggs in one basket with the AstraZeneca vaccine,” he said. 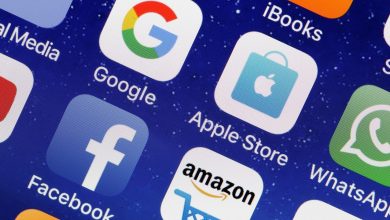