The imminent sentencing of former Minneapolis police officer Derek Chauvin for the 2020 murder of George Floyd will be closely watched around the world.

While the crime happened in the United States, its resonance in the Black Lives Matter movement has been truly international.

In New Zealand and Australia, the 25 June (26 June Australia time) sentencing offers an opportunity to take stock of racial disparities in their own criminal justice systems.

They may be geographically distant, but we shouldn’t imagine the underlying cultural problems are exclusive to the US.

Mr Floyd’s death was not just brutal and outrageous, but also distressingly routine.

While some high-profile police killings of black people have made the news and triggered protests and rioting, countless others have gone without the same coverage or impact.

For every Eric Garner (suffocated in 2014 by the NYPD while saying “I can’t breathe”) or Freddie Gray (who died of a broken spine after his arrest in Baltimore in 2015), there have been multiple other cases.

The conviction of Chauvin is therefore to be welcomed, not least because it shows such prosecutions can be successful. But it’s also important to remember that US policing itself has not necessarily changed very much, despite the past year’s protests and ongoing advocacy for reform.

At heart, the police remain a brutal institution.

Some US police forces can be traced back to slave patrols in the 1700s, established to chase down escaped slaves or quell revolts.

The culture of an institution built by one race for the subjugation of another is hard to change without some kind of radical reinvention. Black Lives Matter supporters hold placards on the Brooklyn Bridge on the first anniversary of George Floyd’s death on 25 May, 2021 in New York City.

Policing in a post-colonial era

Again, this is not something confined exclusively to the US.

The police forces of New Zealand and Australia were established as component parts of a colonial project that clearly harmed and disadvantaged their respective Indigenous populations.

This foundational fact is reflected in the reality of policing today. Police forces built to enable colonial subjugation will not change simply because sections of modern society have developed a more progressive racial outlook.

Even if you argue the history of colonial policing does not actively inform contemporary police cultures in Australia and New Zealand, there is no denying the outcomes for Indigenous people in their criminal justice systems are lamentable.

It is now just over 30 years since the landmark report of Australia’s Royal Commission into Aboriginal Deaths in Custody.

In that time, 474 Aboriginal and Torres Straits Islander people met their deaths following police contact. That equates to more than one such death each month.

In New Zealand, Māori are seven times more likely than Pākehā to be at the receiving end of police violence.

If the outcomes are not fatal as often as in Australia, deaths in custody still reflect a serious racial disparity.

In 2012, the Independent Police Complaints Authority reviewed the 27 deaths in custody from the previous decade.

Almost half were Māori.

If this is a small sample, it still mirrors the disproportionately high number of Māori in the prison system: Māori make up 16 per cent of the country’s population but 52 per cent of prisoners.

A long way to go

These discrepancies are hard to explain away.

There is clearly a race problem in criminal justice in Australia and New Zealand, just as there is in the US.

The conviction and sentencing of Derek Chauvin may signal change, but it will take time.

President Joe Biden supports proposed laws around police misconduct and racial profiling, but advocates are frustrated by the slow pace of reform.

Calls to “defund the police” in the US, and growing disquiet at the increasingly paramilitary nature of US policing, may not yet have direct echoes in Australia and New Zealand. 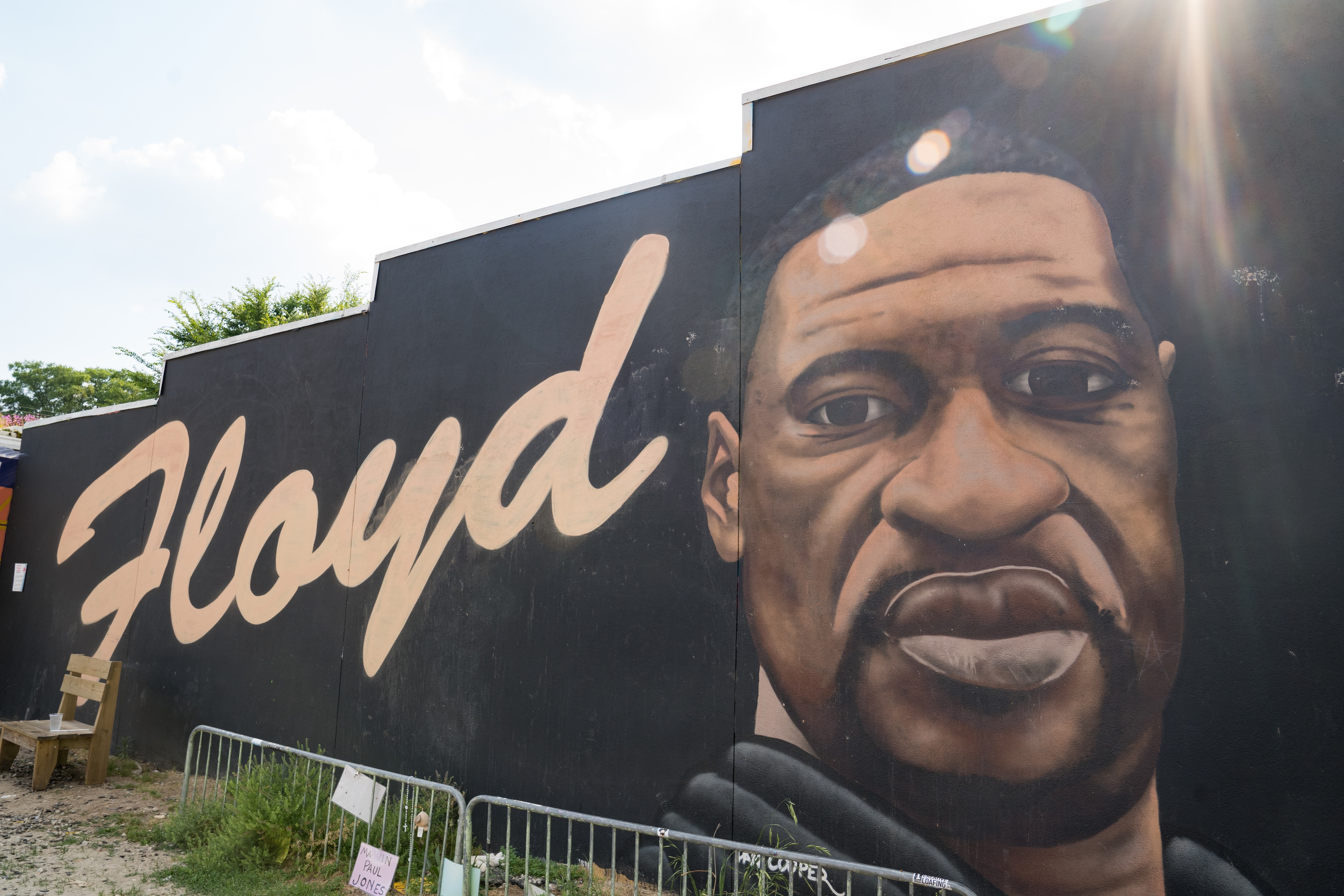 A mural of George Floyd is shown on the anniversary of his death on 25 May, 2021 in Atlanta, Georgia.

But if and when George Floyd’s killer is sent to jail himself, we should take the opportunity to reflect on how far our own criminal justice systems have to go.

The Black Lives Matter movement demonstrates there is a global appetite for meaningful change to policing practices, as the protests in Australia and New Zealand highlighted.

This year, New Zealand has begun a government process of apologising for the dehumanising “dawn raids” of the 1970s, when Pasifika people deemed to be overstaying their visas were dragged from their homes by police and deported.

The history of colonial policing is something we are still processing – moving beyond those colonial (and often racist) mindsets towards a system that values rights, accountability and the rule of law. The moment is ripe for reform.

James Mehigan is a senior lecturer in law at the University of Canterbury. He does not work for, consult, own shares in or receive funding from any company or organisation that would benefit from this article, and has disclosed no relevant affiliations beyond their academic appointment.

‘Risk is minuscule’: New Zealand urged to fine-tune its approach to trans-Tasman bubble