NEW ORLEANS (AP) – Zion Williamson scored 23 points on an array of power moves, spinning dribbles, and even a 3-pointer, and the New Orleans Pelicans beat the Los Angeles Clippers 120-103 on Monday night.

Terance Mann scored 17 points, and DeMarcus Cousins added 16 points, 11 rebounds, and two blocked shots for the Clippers, who were without Kawhi Leonard (foot) for a fourth straight game.

New Orleans led by double digits for nearly the entire second half and by as many as 25. The Clippers briefly got as close as nine when Marcus Morris Sr.’s jumper made it 70-69. But Williamson responded soon after with a short turnaround hook and his 3, and Brandon Ingram added a 3 as part of his 11 points in the period as New Orleans again pulled away.

Trailing 9-2 out of the gate, the Pelicans seized momentum with a 27-4 run that began with Williamson hitting two free throws and following that up with a layup as he was fouled for three more points. Williamson added a put-back during the spurt, which also included a pair of 3s by Naji Marshall.

New Orleans’ lead grew as large as 17 when Williamson hit a driving layup and jumper to make it 33-16 late in the opening quarter.

In the second quarter, the Clippers chipped away when Cousins scored eight of his points on 4-of-5 shooting and got as close as six points on George’s 15-foot turnaround jumper before New Orleans rebuilt its lead to 62-48 on Bledsoe’s floater as he was fouled just before halftime.

Clippers: Visit Phoenix on Wednesday night to close out their three-game trip. 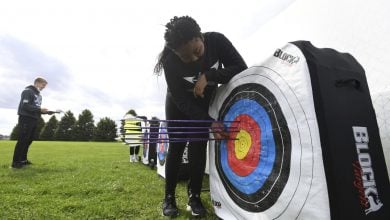 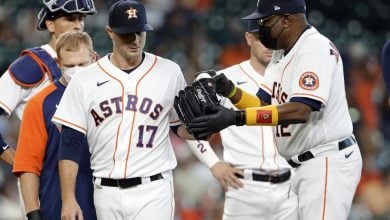 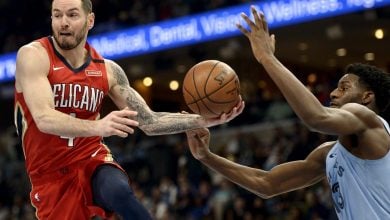 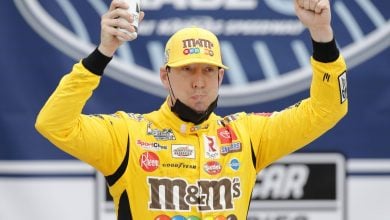