The Wuhan Institute of Virology has been short-listed for a prize recognising “outstanding science and technology achievement”.

The Wuhan Institute of Virology has been short-listed for a prize recognising “outstanding science and technology achievement” for “identifying” the coronavirus.

China’s Academy of Sciences (CAS) published the list of candidates for the 2021 prize on Friday, with the lab’s director, “bat woman” Shi Zhengli, and deputy director Yuan Zhiming named as outstanding contributors.

Dr Shi was lauded for her “achievement in identifying the Covid-19 pathogen and completing the coronavirus gene sequencing, virus isolation, receptor verification, mouse model establishment and other studies on pathogen identification”.

Dr Yaun was selected for his “outstanding contribution in establishing a coronavirus non-human primate infection model”.

The state-run Global Times outlet wrote that the award nomination came as the Wuhan Institute of Virology and its scientists had “been attacked in a new round of slander from Western politicians and media”, referring to growing speculation the virus was created in the lab.

Dr Shi, in rare public comments to The New York Times last week, angrily spoke out against the allegations.

“How on earth can I offer up evidence for something where there is no evidence?” she said, adding in a text message, “I don’t know how the world has come to this, constantly pouring filth on an innocent scientist.”

Speaking to reporters on Thursday, China’s Foreign Ministry spokesman Zhao Lijian said the team in Wuhan “should be awarded the Nobel Prize in medicine for their research on Covid-19, instead of being criticised”.

According to the CAS, the Wuhan Institute of Virology “quickly carried out pathogen identification after the outbreak of Covid-19, completed the entire virus genome sequencing and virus isolation within a short time, confirmed that the Covid-19 virus shares the same functional receptor as the SARS virus, systematically analysed the basic biological characteristics of the virus, and revealed that coronavirus carried by bats may be the evolutionary ancestor of the Covid-19 coronavirus”, the Global Times wrote.

“The research group has completed the most comprehensive and systematic pathogenic identification research into Covid-19, which laid an important foundation and technology platform for follow-up research into tracing origins, epidemiology and pathogenic mechanism of the coronavirus, as well as the research and development of medicines and vaccines, and provided key scientific and technological support for epidemic prevention and control, CAS noted.”

The news comes amid renewed speculation that the virus was engineered by Chinese scientists via so-called “gain of function” research, which seeks to supercharge pathogens through genetic manipulation.

The lab-leak theory was widely dismissed as a conspiracy theory after it was espoused by former President Donald Trump and his administration last year.

“At the time, it was scarier to be associated with Trump and to become a tool for racists, so people didn’t want to publicly call for an investigation into lab origins,” Alina Chan, who was one of 18 scientists who published a recent letter in the journal Science calling for more in-depth investigation into the virus’ origin, told NBC last week.

The World Health Organisation’s investigation into the origins of Covid-19 concluded in February that it was “extremely unlikely” the virus came from a lab.

But doubts about the quality of the findings led the US government to last month instruct its intelligence agencies to conduct a fresh 90-day inquiry, with US President Joe Biden and other world leaders calling for further investigations.

Last week, two top scientists in the US said there was now “overwhelming” evidence that SARS-CoV-2, the virus which causes Covid-19, was created in the Wuhan lab.

“Covid-19 wasn’t smouldering in the community before the pandemic began, as was observed with previous coronavirus epidemics,” Dr Steven Quay told a conference organised by the Washington DC-based Hudson Institute.

In his presentation, Dr Quay said a key piece of evidence pointing to a lab leak was the fact that when the virus first appeared, it was already extremely contagious, unlike other viruses which can be observed evolving as they spread through a population until the most contagious form dominates.

Based on comparison with the SARS-CoV-1 and MERS epidemics, Dr Quay said “the probability that a community-acquired zoonosis” would produce the results seen in the early spread of SARS-CoV-2 was “literally one in a million”.

Dr Quay and Professor Richard Muller, an astrophysicist from the University of California, Berkeley, last month laid out the scientific case for the lab-leak theory in an opinion piece for The Wall Street Journal, explaining that the “genetic fingerprint” of SARS-CoV-2 was the most damning indication it had been created in a lab.

They pointed to a specific amino acid sequence known as CGG-CGG, or double CGG, that is commonly spliced into viruses by researchers in order to increase their lethality.

“In fact, in the entire class of coronaviruses that includes CoV-2, the CGG-CGG combination has never been found naturally,” they wrote.

“Now the damning fact. It was this exact sequence that appears in CoV-2. Proponents of zoonotic origin must explain why the novel coronavirus, when it mutated or recombined, happened to pick its least favourite combination, the double CGG. Why did it replicate the choice the lab’s gain-of-function researchers would have made?”

But Professor Dominic Dwyer, director of public health pathology in NSW, who was one of the 17 international experts on the WHO team in January, remains sceptical of the lab leak theory.

“The lab leak sits there, but you need some sort of evidence to take it further,” he told The Sydney Morning Herald this month.

Prof Dwyer said the key flaw in the hypothesis was that there was no evidence the Wuhan Institute of Virology had the SARS-CoV-2 virus before the pandemic – and that it was unlikely they would have had the virus and not published a paper about it.

“They are a pretty prominent research institute,” he said.

“They publish a lot of very good papers and have collaborations with people around the world. If they had it, there was no reason to hide it from a scientific or intellectual point of view.”

Speaking to SBS last week, he again argued animal-to-human transmission was the most likely origin and was a “tried and true process”.

“Plenty of other viruses have gone down this pathway before, including the original SARS and MERS, which are coronaviruses that have come across into humans,” he said.

“Nearly all human viruses identified in the last 40 or 50 years have come from animals in one form or another, and bats are a major contributor. So, there’s a history there and it’s well documented.” 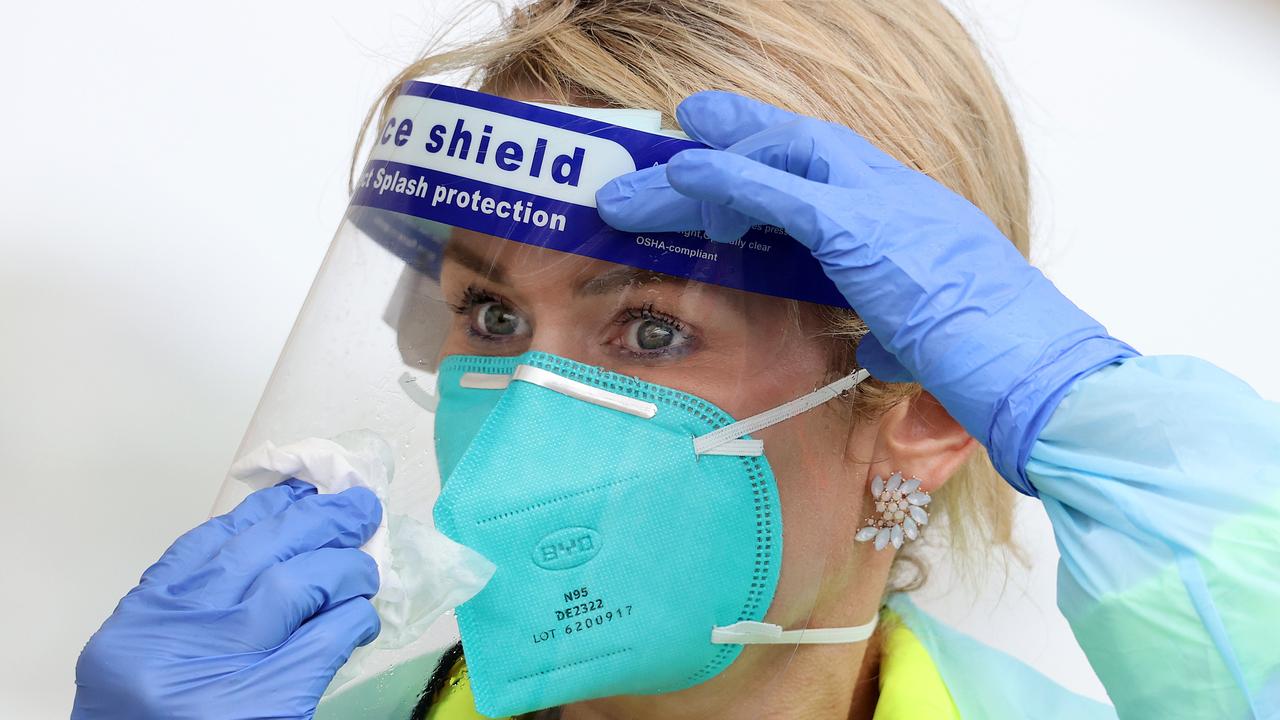 Things are getting worse for the UK with a steep rise in Delta variant cases, and there’s one key statistic Australians should be “worried” about. A mother and her partner are facing charges after her child was found dead in a hotel room, with numerous injuries to his body.