The youngest daughter of a Tamil family detained on Christmas Island has been medically evacuated to Perth with a suspected blood infection.

Tharnicaa, three, is the youngest person in Australia’s immigration detention system and one of only two children, the other being her five-year-old sister Kopika.

She has been detained on Christmas Island with her sister and parents, Priya and Nades Murugappan, since August 2019 after an urgent court injunction blocked their deportation to Sri Lanka. 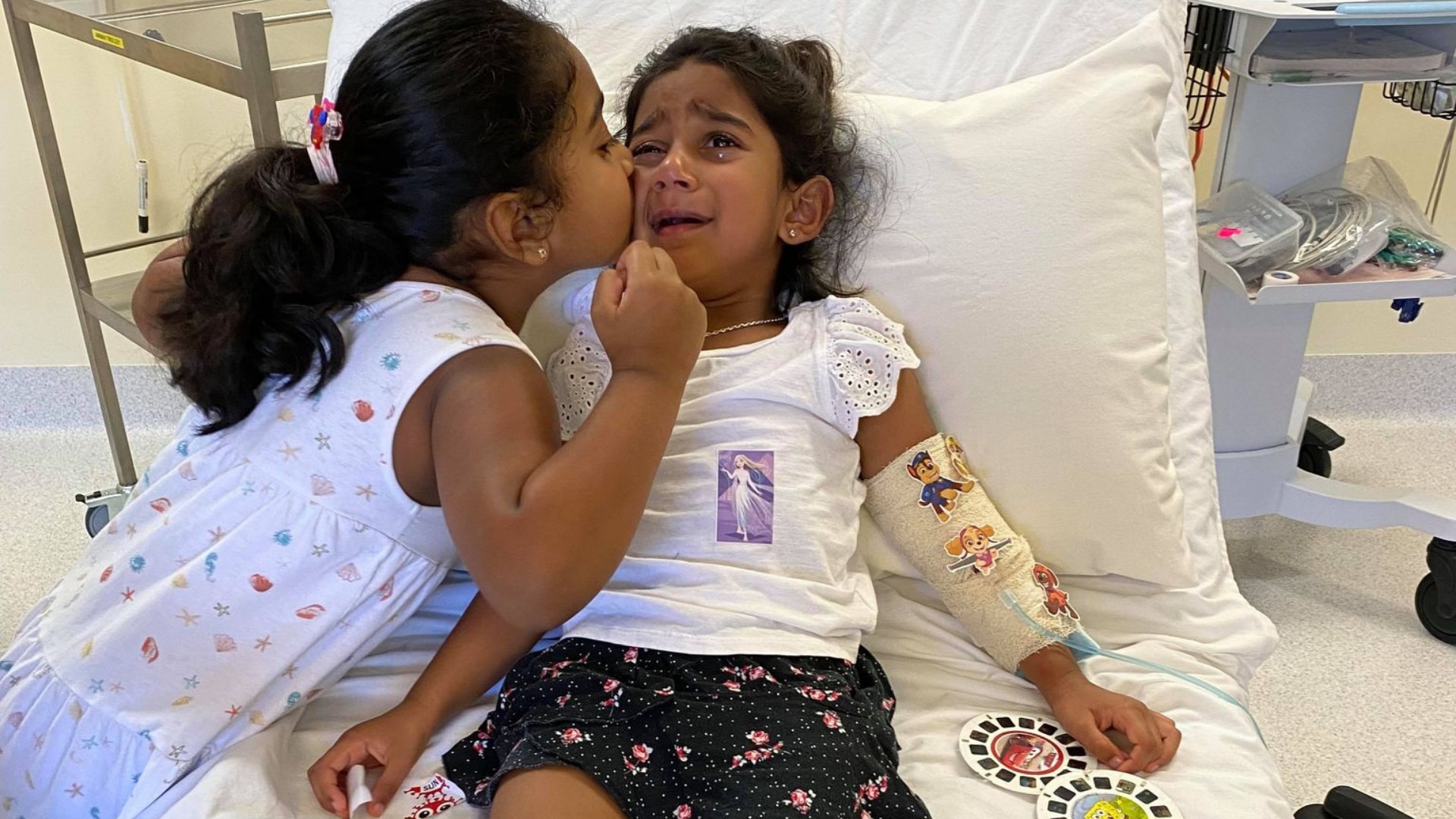 Tharnicaa (right) in hospital on Christmas Island with her sister, Kopika, on Sunday.

Family friend Bronwyn Dendle told SBS News Tharnicaa was flown out of Christmas Island to a hospital in Perth on Monday afternoon after being unwell with high temperatures, vomiting, and diarrhoea, since 25 May.

She was first taken to hospital on the island in the early hours of Sunday morning, she said.

A statement published by the Home to Bilo campaign, a group of friends and supporters who advocate for the family, said health services on the remote island had only administered Panadol and Nurofen when Priya raised the alarm about her daughter’s condition.

“I am feeling very scared and worried for my little girl,” Priya said in the statement. “She has been sick for many days, it took a long time for her to get to the hospital.” Priya has travelled with her daughter to Perth, but her father was forced to remain on the island.

“I know that Nades is very worried and very upset about everything,” Ms Dendle, who has been in contact with the family, said.

The family have been in immigration detention for more than three years. After overstaying their visa, they were taken from their home in the small Queensland town of Biloela on 5 March, 2018, and placed in Melbourne’s Immigration Transit Accommodation (MITA) before later being transferred to Christmas Island.

“Tharnicaa would have been able to access timely and appropriate medical care if she was living here in Biloela,” Ms Dendle said.

“And now we’ve got a case where a child is seriously ill and being flown to a major children’s hospital … as a mother, my heart breaks into a thousand pieces having to watch your child be that ill.”

In 2019, four of Tharnicaa’s teeth were surgically removed due to severe decay, which advocates believe was caused by a lack of fresh food and vitamin D deficiency brought on by life in detention.

A protracted legal battle to secure the family’s right to remain in Australia currently hinges on whether three-year-old Tharnicaa has the right to apply for protection.

In February, the full bench of the federal court upheld an earlier ruling that found Tharnicaa was not given procedural fairness when her application for a protection visa was assessed.

The Australian Border Force has been contacted for comment.

Schoolboy, 9, caught with crack cocaine but is too young to charge